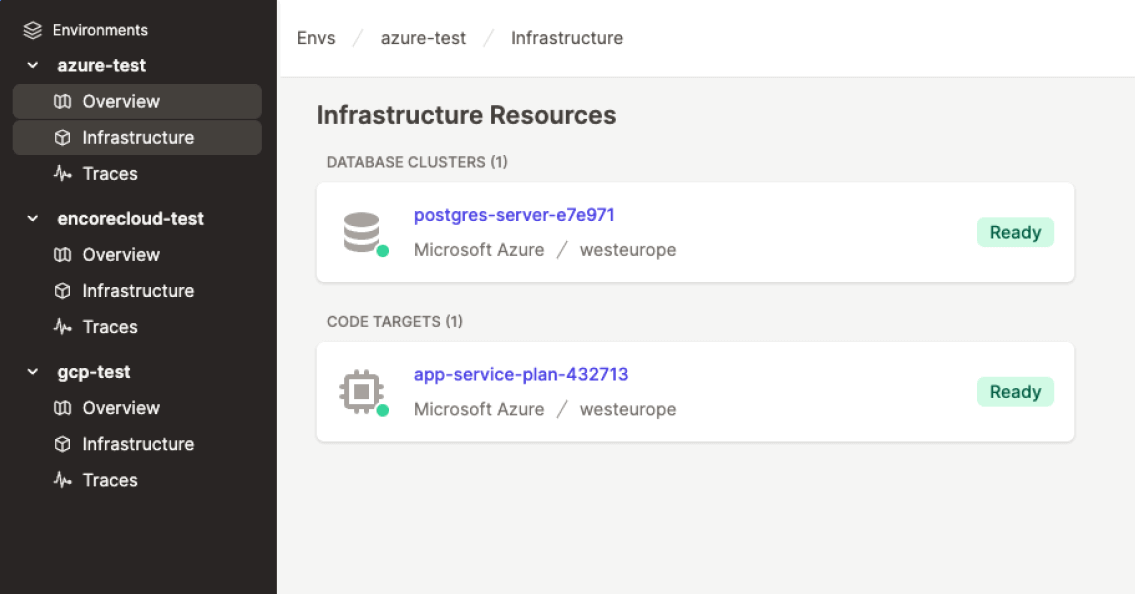 One of the core beliefs behind Encore is that developers shouldn't need to worry about the intricacies of cloud infrastructure. Instead you should focus on being creative and crafting unique software for your users.

To achieve this, Encore enables you to deploy your applications to any supported clouds (yes plural), without making code changes. We're super excited to announce we've now added full support for Microsoft Azure to the list!

Float into the flow with Azure:

Check out the docs to learn more.

Bugfixes and other improvements

— Thanks to Javi Alvarez, Valeria Viana Gusmao, Denis Denis, Vilhelm Melkstam, Max D, Alessandro Resta and Richard Palm for your contributions and bug reports. (WOW, what a long list, and what a great community!)

Join the most pioneering developer community

Developers building with Encore are forward thinkers working on interesting and exciting projects. Join the conversation on Slack to see what's going on, and share what you're working on.

Over the coming weeks we'll be adding AWS to the mix, dropping a huge UI update, and get on with adding native support for Queues and Object storage.

– Remember, you can share your comments and ideas on our Public Roadmap.

As always, if you have questions or feedback, join us on Slack or just reply to this email.

We're excited to hear your feedback!

Catch you in the cloud,