An overnight success 4 years in the making. 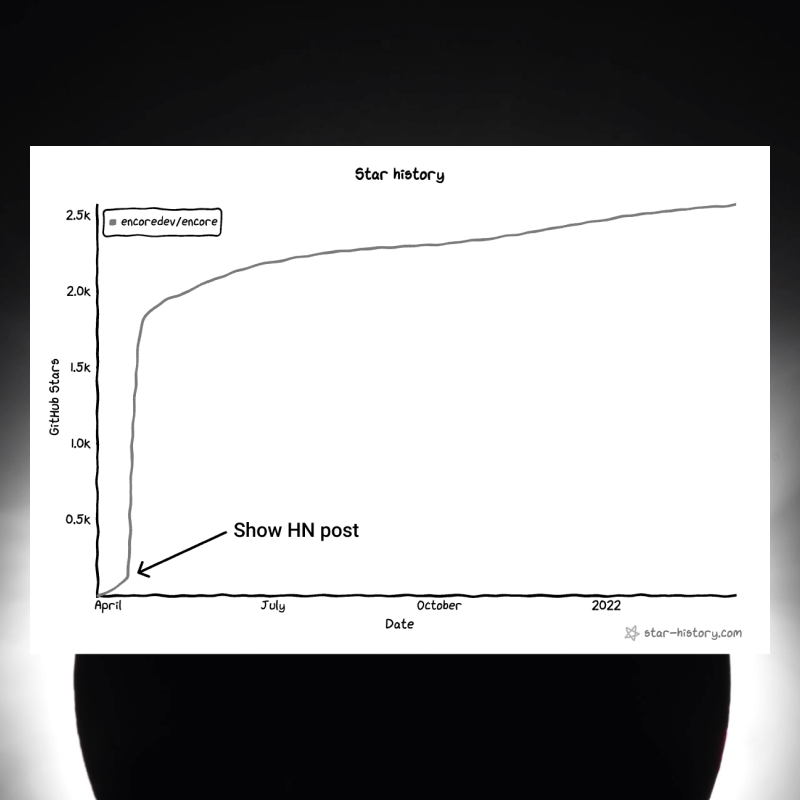 In the spring of 2021 we were getting ready to tell the world about what we'd been working on for the past few years. Looking back on it, it's a text-book fail to spend such a long time working on Encore without telling anyone about it. There's a lot of benefits to building in public. But ever the engineers, we wanted to get things "ready" before telling anyone about it.

Given Encore's novel approach, we weren't sure what reaction to expect from the community. We were convinced that constraints, in the form of deep integration with a single programming language (Go), are key to unlocking incredible simplification in building for the cloud. But no good idea survives its first encounter with real users, right?

Our hesitation to show Encore to the world meant that we'd not even created our public GitHub repo yet. We were now starting from scratch, and immediately we realised we'd made a mistake. We now wanted people to try using Encore, but why would anyone take the time to try something with ZERO stars? It was clear we'd be walking uphill for quite some time.

The most important thing for us was to get feedback and questions from potential users, since we wanted to learn from our intended audience. This meant we'd need to reach backend developers, in a channel where we'd be able to have a discussion with people.

We didn't know where to start, other than posting a link to the repo on Hacker News. To prepare, we read some articles about how to maximize our chances to break through the noise (here's a good one) and decided to go for it.

Pro tip: Whenever you post something, make sure you clear your schedule for the rest of your day, to be free to quickly answer any comments. The faster you respond, the better chances of getting a reply back.

Our Show HN post received much more interest than we'd expected. It got 182 points and received enough attention to give us meaningful feedback from 69 comments on the post. Focusing on quickly responding to comments paid off.

The strong engagement with the post meant it got a lot of views on Hacker News, and as a result a lot of people had a look at the GitHub repo. Amazingly, people were very interested in Encore and the problems we were working on solving resonated with a lot of people. We quickly received a lot of stars, adding 1500 in the span of a week.

After the initial spike

In the end, our post on Hacker News gave us such strong attention, and interest from the community, that we were able to raise a great seed round on the back of it. We now have a full team working on Encore, turning it into the backend engine that will help developers everywhere break free from the maze of complexity.

Beyond comments on Hacker News, the post also led to a big influx of developers starting to use Encore to build their backends. This was the most important goal for us to accomplish, as having an engaged user base is the best way to improve the product.

Over the past year, we've focused on engaging with the hundreds of developers who've started building with Encore, and have been evolving the product in all sorts of ways.

—We'd love it if you'd try out Encore and join Slack to give us feedback!