Encore now has much improved documentation, and an improved encore run experience! 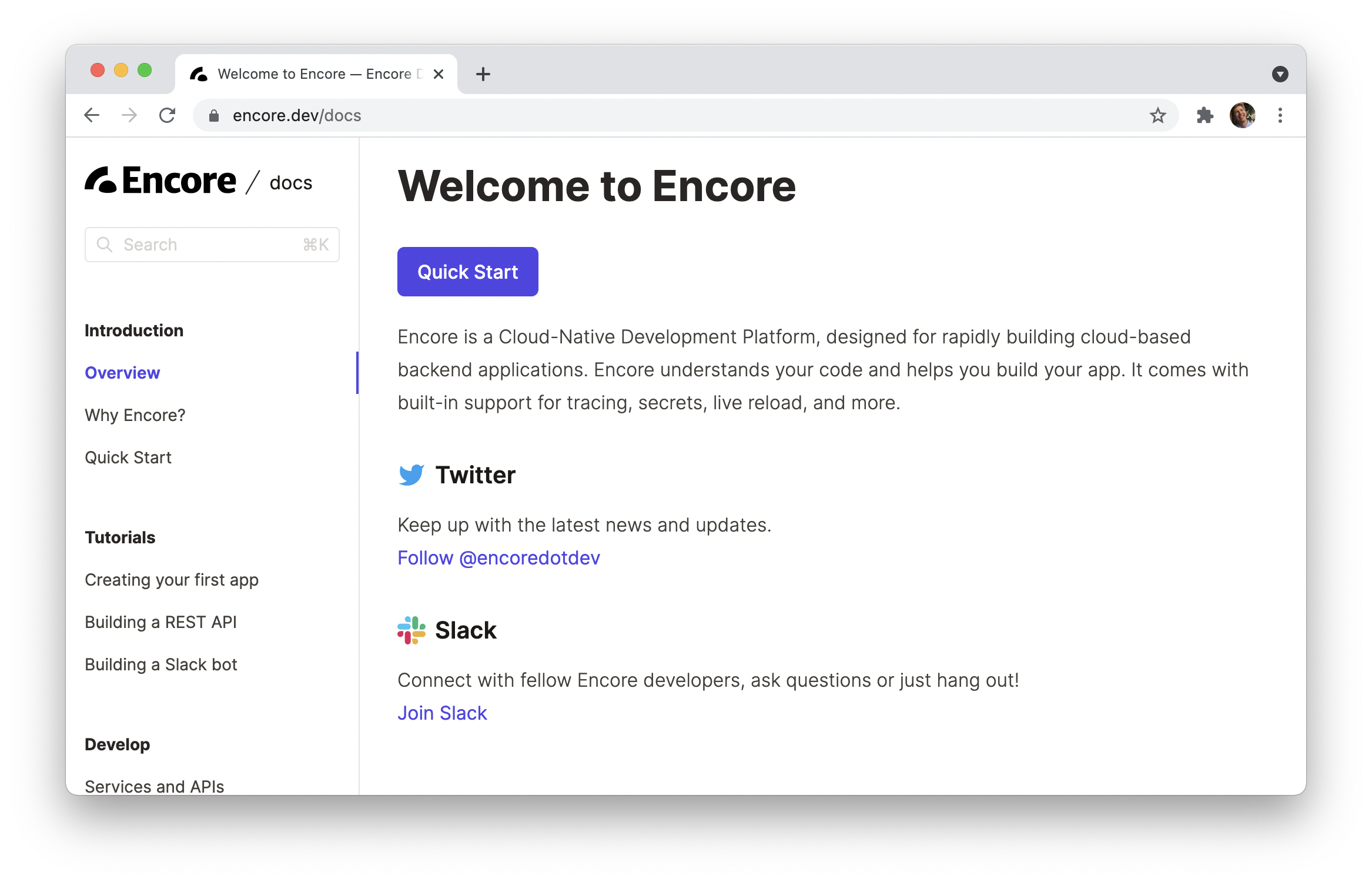 We added more real-time feedback about what Encore is doing when starting up. This especially helps when starting to use Encore and there's lots of things happening (compiling the Go standard library and all app dependencies, pulling docker images for PostgreSQL, creating the database, etc) that take time. See screenshot below!